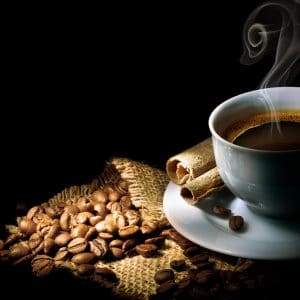 For most, the coffee makers in this Cuisinart dcc-1200 vs dcc-2650 are more expensive than what would be considered an entry-level price. If a $20 Mr. Coffee machine is an entry-level product then these two machines would represent a middle ground.

What you’re paying for is a better machine with thoughtful features to make a better pot of coffee. Both of these machines have features that make them worthy of your consideration, but which one is best for you?

Below, you will find out what separates these two machines and why you should go in one direction or the other.

But there are some design differences. A closer look reveals that these two machines have different control panels. In fact the layout of the control panels is one of the bigger differences. The 1200 has much smaller buttons and from just a few feet away I imagine it would be difficult to make them out. Some might say, what’s the big deal, large buttons, small buttons who cares. Well, for a larger person with larger hands, those buttons could be harder to press and thus less responsive. The dials that you use to select programming options and carafe temperatures seem like they’d be harder to turn on the 1200 as well. The 2650 has larger, more obvious buttons, which could improve – if only slightly – usability. Overall, I’d say that the 2650 looks more modern whereas the 1200 has design qualities of yesteryear.

I’ve come across many customer reviews who, for both of these machines, are very happy with the results that they receive. They both create a great tasting pot of coffee. They both get points for the shower head which uses enough pressure to get a good and strong cup of coffee. Brew strength is one of the major differences between these two machines. The dcc-2650 has the option to choose between regular and bold brew while the dcc-1200 is limited to just one. Get more details on the Cuisinart dcc-1200 Get more details on the Cuisinart dcc-2650 However, some customers whom have had experience with both the dcc-1200 and dcc-2650 complained that the coffee isn’t strong enough, or that the coffee doesn’t get hot enough, but those complaints aren’t from many. And besides, there are many variables that could influence brew strength and heat. Did these same folks use the right ground, i.e. a medium grind versus a fine grind and did they have the heater plate set to high or low? Coffee freshness and other factors like how fresh the grind is contribute to the perception of brew strength (there is a lot of great information on the Cuisinart dcc-1200 page here). Both machines are touted as brewing the coffee fast. Although fast is subjective. I know that when I am in a rush, like in the morning, things that usually take a few moments seem to take forever. I think that the speed of the brew is adequate enough to satisfy most buyers. However, with dcc-2650, you get a 25% boost in brew speed with the “extreme brew” function (the dcc-2650 has 1425-watts compared to 1050 for dcc-1200). Coffee quality has a lot to do with water quality which is a major component (coffee is 98% water) that seems to be missed by most folks. Both come with charcoal water filters that will remove most of those off-putting impurities which leads to a great cup of coffee. Both of these machines come with 24-hour programmability. That means that you will be able setup when your next cup of coffee will be ready.

Both coffee makers come with gold tone permanent commercial style coffee filters. However, you can to use those regular paper filter if you want.

The carafe for both of these machines has a 12-cup capacity. Some users have said that the glass carafe is durable. The plastic parts are thick and shouldn’t fade as easily or get that whitish hue that plastic parts sometimes get when exposed to heat.

When it comes to the two coffee makers in the Cuisinart dcc-1200 vs dcc-2650 there isn’t exactly a right or wrong way to go. The Cuisinart dcc-2650 is the upgrade however; it has the extreme boost feature, the brew strength selector, larger buttons and better control panel, and it is more powerful to boot.

But do those upgrades really matter to you?

From what I gather, both of these machines will produce a cup of coffee better than the cheap one you’re used to. And upgrades usually come with an upgraded price. Barring a sale, you can generally expect to pay more for the upgraded machine in most cases.

There is also a size difference to think about here; the dcc-2650 is a bit bigger and will take up more of your limited counter space.

In my opinion, theses coffee machines share the most important features; quality construction, permanent and both produce a great cup of coffee.